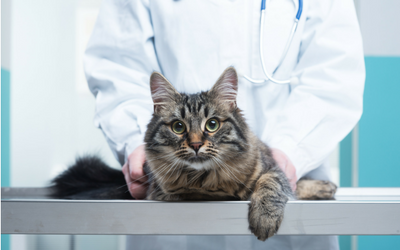 Many think that because cats are finicky eaters, they are poisoned less often than dogs. However, with their curiosity and fastidious grooming, intoxication is, unfortunately, not uncommon. Several factors predispose cats to becoming ill once they have been exposed to even a small amount of a poisonous substance.

"Cats have fewer certain liver enzymes which affects their liver metabolism, making them more sensitive to drugs and chemicals."

These include their small body size, their habit of hiding when ill so that exposure is not immediately evident, and their decreased number of certain liver enzymes which affects their liver metabolism, making them more sensitive to drugs and chemicals. When cats are poisoned, these factors often increase their risk to poisonings compared to dogs.

How can a cat become poisoned?

Cats can be poisoned in several different ways. Most poisoning occurs when cats eat something toxic, ingest poisoned prey, or  groom contaminated fur. Some toxins can be absorbed directly through the skin, such as tea tree oil, and a few toxins can cause damage by inhalation, including carbon monoxide and smoke inhalation. As cats are fastidious groomers, any skin or fur exposure can quickly result in the poison being ingested from grooming.

What clinical signs might warn me that my cat may have been poisoned?

The signs vary depending on the particular poison. Toxins may produce:

Some toxins act on more than one body system and can produce any combination of the above signs. It is important to remember that, while most cases of intoxication will cause acute (sudden) problems, chronic, delayed intoxication can also arise (albeit more rarely). Chronic exposure to toxins can be very difficult to recognize and treat.

I think my cat has been poisoned. What should I do?

If you suspect your cat may have had access to a poisonous substance, it is important to contact your veterinarian or Pet Poison Helpline, a 24/7 animal poison control center, at 1-800-213-6680 or seek veterinary care as soon as possible. If the cat is anxious and aggressive, it is usually best to wrap them in a towel and place them in a box to prevent injury to themselves or you.

"Wrapping in a towel also prevents the cat from ingesting further contaminants from their coat. "

Wrapping in a towel also prevents the cat from ingesting further contaminants from their coat. It is NOT advisable to try to make the cat vomit, since no home products effectively and safely result in vomiting in cats. Veterinarians can medically induce vomiting with injectable medications. It is best to call the veterinary hospital while you are en route to let them know you are coming and allow time to prepare any treatments your cat may need.

My cat has some 'chemical' on its coat. What should I do?

You should only attempt home treatment when the exposure is mild and is confined to the skin/haircoat. The aim of treatment is to prevent absorption through the skin or internal ingestion of the substance.

Remove the cat's collar as it may also have been contaminated. If you cannot safety bathe your cat without getting injured, bring your cat directly to the veterinarian where they can provide mild sedation to allow for proper handling. To remove chemicals from a cat’s coat, it is best to wash the cat in a liquid dish soap (used to wash dishes in the sink). It may be helpful in some situations to clip off contaminated hair using clippers. Do not try to cut substances out of your cat’s fur using scissors as this often results in accidentally cutting the skin. Also, do not use solvents or other cleaning products strip the fur as these products can also be toxic to cats. After any potential exposure to poisons, it is advisable to keep the cat indoors for 24 hours for observation. Keep them in a warm, quiet room. If your cat shows any symptoms, seek veterinary attention immediately.

What should I do if my cat has swallowed some of this chemical?

If you feel your cat may have swallowed a toxin, contact your veterinarian or Pet Poison Helpline to determine if the product was poisonous. When in doubt, seek immediate veterinary care. Even if the exposure was confined to the haircoat, many chemicals and toxins can still be absorbed across the skin or groomed off the skin and ingested. Do not try to induce vomiting at home or begin any home remedies without consultation from a vet or Pet Poison Helpline.

What sort of things can poison cats? 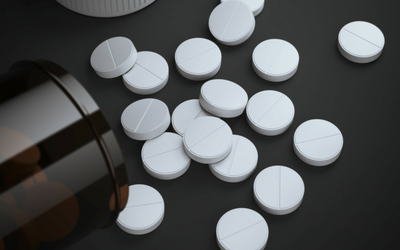 According to data from Pet Poison Helpline, a 24/7 nationwide animal poison control based out of Minneapolis, the top five cat toxins of 2020 include:

Plants – Two different species of toxic lilies were in the top five common exposures in 2020. Both true lilies (Lilium species) and daylilies (Hemerocallis species.) can cause kidney failure in cats. Common examples of true lilies include Tiger, Asiatic, Easter, and Japanese Show lilies. Because these flowers are fragrant, inexpensive, and long-lasting, florists often include them in arrangements. Small ingestions of the petals or leaves – even the pollen or water in the vase – can result in severe, potentially irreversible kidney failure. Immediate veterinary care is imperative.

Despite their having ‘lily’ in their name, other plants such as the Peace and Calla lily are not true lilies and do not cause kidney failure in cats. Instead, these plants contain oxalate crystals that can cause milder signs such as irritation in the mouth, tongue, throat, and esophagus.

Onions, garlic, chives, shallots, leeks, and scallions are in the Allium species and cats are notoriously sensitive to some of their chemical compounds. Ingestion of these plants can cause destruction of their red blood cells resulting in anemia, lethargy, pale mucous membranes, abdominal pain, vomiting, and diarrhea.

Chocolate – Although it may seem unlikely, cats often enjoy snacking on truffles, chocolate-flavored yogurt, snack/protein bars, ice cream/syrup, hot chocolate, pudding, baked goods, and plain chocolate chips or bars. These foods may be dense with fats and sugars that can cause vomiting and diarrhea. Persistent signs can lead to dehydration. Even more concerning is the amount of a specific stimulant, theobromine, that is in chocolate. Theobromine can cause hyperactivity and changes to heart rate and blood pressure as well as causing trembling or seizures.

Vitamin D3 (cholecalciferol) – Most of the exposures to vitamin D3 are from curious kitties ingesting people’s vitamin D supplements or rat/mouse baits that contain cholecalciferol (also known as vitamin D3). Vitamin D3 poisoning can cause nausea, diarrhea, and an unhealthy elevation of calcium. Too much calcium can damage sensitive organs including the kidneys, heart, and lungs. This damage often results in kidney failure.

Human and veterinary NSAID medications –Cats have difficulty metabolizing certain drugs, especially as compared to dogs and humans. Non-steroidal anti-inflammatory drugs (NSAIDs) are commonly used in both people and dogs. Examples of human NSAIDs include ibuprofen (Advil® or Motrin®) and naproxen (Aleve®). Unfortunately, these medications are some of the deadliest for cats. Even some veterinary-specific NSAIDs can be toxic to cats if given at too high of a dose or for a longer duration than recommended. When ingested in toxic doses, NSAIDs can result in kidney failure and stomach ulcers. While not an NSAID, another common pain reliever used in people, acetaminophen (e.g., Tylenol®), can be fatal to a cat with just one tablet, as it results in damage to red blood cells. Untreated, it can cause severe anemia (low red blood cell count), difficulty breathing, a swollen face, liver failure, and death.

Additional toxins that have been more frequently reported in the past and continue to pose a great risk for cats include:

Human medications- Cats also seem to like the taste of certain antidepressants (e.g., Effexor) and ADHD medications (e.g., Adderall), which seem to contain an attractive smell or flavor in the coating. With any accidental medication ingestion, immediate veterinary care is imperative.

Insecticides – Exposure to household insecticides such as lawn and garden products, sprays, powders, or granules often occurs when a cat walks through a treated area. Fortunately, serious poisoning is rare. More concerning exposures are those to concentrated topical flea and tick medications meant for dogs. Dog-specific insecticides containing pyrethroids, such as permethrin, are highly toxic to cats. Poisoning occurs when pet owners apply dog products directly to cats or cats lick these medications off dogs. Severe drooling, tremors, and life-threatening seizures can occur. Always read labels carefully before using any kind of insecticide and ask your veterinarian about appropriate topical flea and tick medications for your cat.

Household Cleaners – Many cat owners do not realize that some common household cleaners, including kitchen and bath surface cleaners, carpet cleaners, and toilet bowl cleaners, can be toxic to cats. Symptoms can include profuse drooling, difficulty breathing, vomiting, ulceration to the mouth and gastrointestinal tract, and even organ damage. After cleaning your home, make sure all excess liquid or residue is wiped up or eliminated, and stow the products out of your cat’s reach as soon as possible. Only allow your cat back into the cleaned areas after the products have completely dried.

Other Toxins –Glow sticks and jewelry contain a very bitter tasting liquid called dibutyl phthalate. While rarely deadly, just one bite into these items can cause your cat to drool profusely. Most of these exposures can be managed at home. Offer (but do not force) your cat chicken broth or canned tuna (in water, not oil), to help to remove the bitter taste from the mouth. Remove the glow sticks and clean up any remaining liquid to prevent re-exposure to cats. A bath may be needed to remove any “glowing” liquid from his or her fur or skin so it cannot be ingested via grooming. If you see signs of redness to the eyes, squinting, continued drooling, or not eating, a trip to the veterinarian may be necessary. Pet Poison Helpline is available in North America by calling 800-213-6680. Additional information can be found online at www.petpoisonhelpline.com. Pet Poison Helpline is not directly affiliated with LifeLearn.

Pet Poison Helpline, an animal poison control center based out of Minneapolis, MN is available 24/7 for pet owners and veterinary professionals that require assistance treating a potentially poisoned pet. The staff provides treatment advice for poisoning cases of all species, including dogs, cats, birds, small mammals, large animals and exotic species. As the most cost-effective option for animal poison control care, Pet Poison Helpline’s fee of $65 per incident includes follow-up consultations for the duration of the poison case. Pet Poison Helpline is available in North America by calling 800-213-6680. Additional information can be found online at www.petpoisonhelpline.com

© Copyright 2021 LifeLearn Inc. Used and/or modified with permission under license.